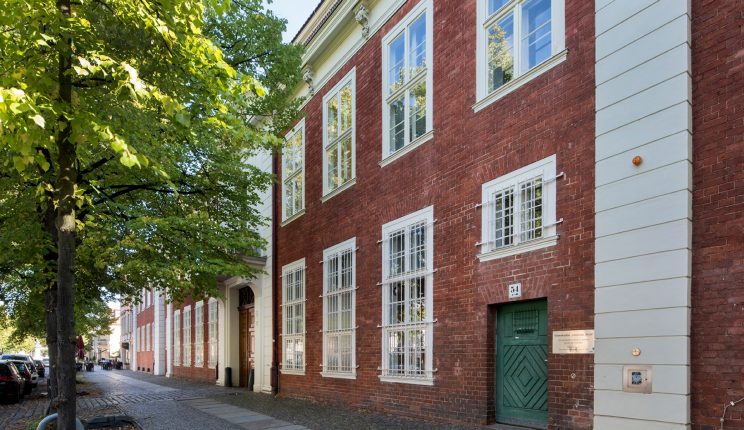 The Foundation is located in the former prison and court complex at Lindenstrasse 54/55 in Potsdam city centre. In the National Socialist era, from 1933 to 1945, the building served as a prison for victims of political and racial persecution, and from 1934 onwards it was also the seat of the Hereditary Health Court. Between 1945 and 1952 it was a Soviet secret police prison, and from 1952 to 1989 a remand prison for the Potsdam district run by the East German state security service (Stasi). In 1990, socially and politically active citizens, civic initiatives and new political parties moved into the complex. What was once a prison became a house of democracy. Like no other building in Potsdam, Lindenstrasse 54/55 symbolises the end of political persecution and democratic renewal.

This historic location has been a memorial site since 1995. In 2015, the memorial site was granted foundation status by Potsdam City Council. The Foundation is jointly financed by the State Capital Potsdam and the Federal State of Brandenburg. It commenced operations in June 2016.

A permanent exhibition at the historic location presents the chequered history of the building at Lindenstrasse 54/55. This is supplemented by special exhibitions and events. The Foundation also offers guided tours, discussions with eyewitnesses, seminars, further education activities and project days.